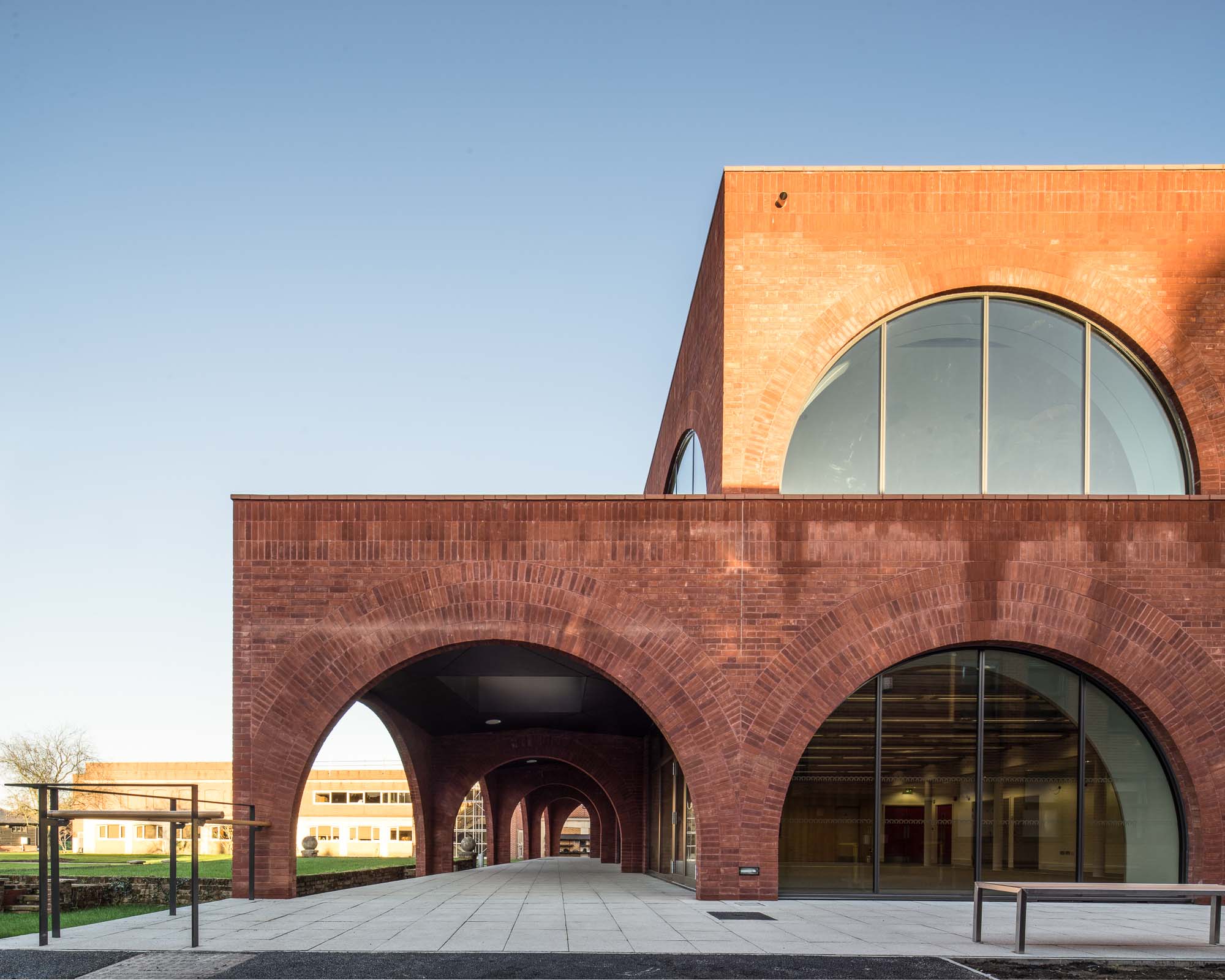 The school’s revamped LRC and adjoining new learning block have now reached completion, with the buildings set to be in full use in February.

The Bean LRC at Brentwood School in Essex provides the independent school with a new two-storey extension to their existing library, transforming how the building is used while meeting the demands of the 21st century technological landscape. The project also sees the redevelopment of an adjoining 1960s teaching block, increasing learning space and creating a sense of coherence between the buildings.

The existing Bean Library was built in 1929, encompassing two floors at the centre of the campus. Unable to accommodate the needs of 1,200 pupils, the library was seen be in vast need of improvement.

As well as creating an education hub, the ground floor of the library has been designed as a dedicated social area. An entrance portico links study and social spaces, offering a transition space that can be used for talks and lectures.

The design responds to the existing grain of the school site, which is characterised by a series of courtyards and quadrangles. The new buildings emphasise this approach, physically connecting the school’s central gardens through a new arcade. This arcade takes inspiration from a nearby cloister and informs the rest of the elevation, creating an array of arches that form a picturesque backdrop to a heavily used stage lawn.

Both buildings seek to reflect the existing built context, clad in a sympathetic red brick and offering similar proportions to surrounding buildings. A subtle brick patterning used on the Cunliffe Building contrasts with its surroundings and adds visual interest to the façade.

More information on the LRC can be seen here.